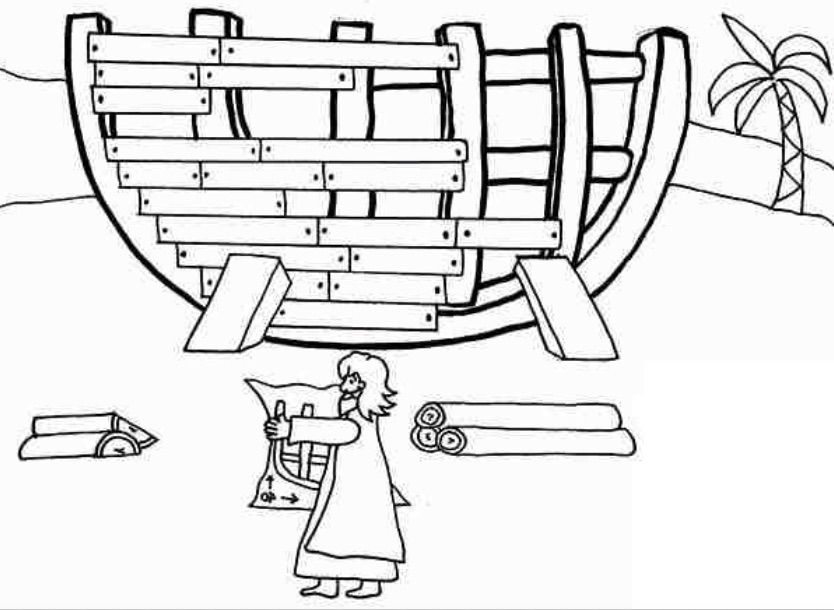 They say it never rains but it pours!

This is a very true statement if you live in Wales, even in the warmest spring for some time the rainfall as ever is well above average for this time of year. It is also true of climbing walls, with most regions offering multiple indoor climbing venues. Just over the bridge into Bristol you will find 4 major walls in one city! Closer to home and I count 15 Indoor climbing walls within South Wales that in some way or another offer regular climbers the opportunity to participate in their love, whilst the heavens open!

And I’m sure if I thought about it a little longer there are actually many more, not counting home walls such as ‘Kev’s mega wall’ or the soon to be built ‘Hyper cave’ of Super Sam’s. Add to this that I’m sure that more walls will turn up across South Wales in the next few years it would be fair to say that it is currently raining climbing walls in our region.

My role at Boulders is to coach the ‘Team’, and in doing so I have one major problem, space. Boulders is a large climbing facility and depending on how you take that measurement, it is probably the largest in South Wales (Rock UK is higher but probably, I have never measured, has less actual wall space/lines). But even with so much space the bouldering area is relatively small, when on any given night there can be 50 – 80 climbers bouldering. Yes if you turn up on a quiet afternoon it will seem massive and compared to the bouldering available other venues it has much to offer. But Boulders is in a large city centre, ish, I’m not convinced its city centre but I’m regularly told it is (in a city centre that is). And as such the regular traffic is much higher than other walls which in turn requires more wall space.

So on a weekday night when I’d like to use the bouldering area for team training I have this problem, it’s full. The solution is obvious to me – Build more bouldering! And with the backing of my boss this is what we set out to do.

At first I listened to his 3 year plan this, and in time that. But I have heard this before and understand that it is not so easy to follow through even with the best intentions. Cash flow and the question of will-this-investment-be-worthwhile-from-a-numbers-at-the-bottom-of-the-page point of veiw make it difficult for any wall to develop once the gates are open. But my boss gave me some hope, he seems to be a solution sort of guy. Out of the blue to me (as I’d already given up on plan A and was considering my next move) he came down from the high office to the shop floor with a wild look and a story that went a little like this…

Boss – So I have found some steel we can have.

Boss – To build that bouldering area you wanted.

Me – How much is it? (I was sceptical, and any figure over £500 and I would assume it was unlikely to materialise.)

Boss – Mmmmmm thats the problem it’s huge (he shows me a picture, it is massive).

A few days pass and I start to loose the faith once more, and in due course the conversation that I’m expecting happens. ‘The Frame has gone, we were too late’. That is where these conversations have ended in the past with me tutting and muttering under my breath. This conversation however was a little different. ‘So I got this one instead, it will be here in the morning’. 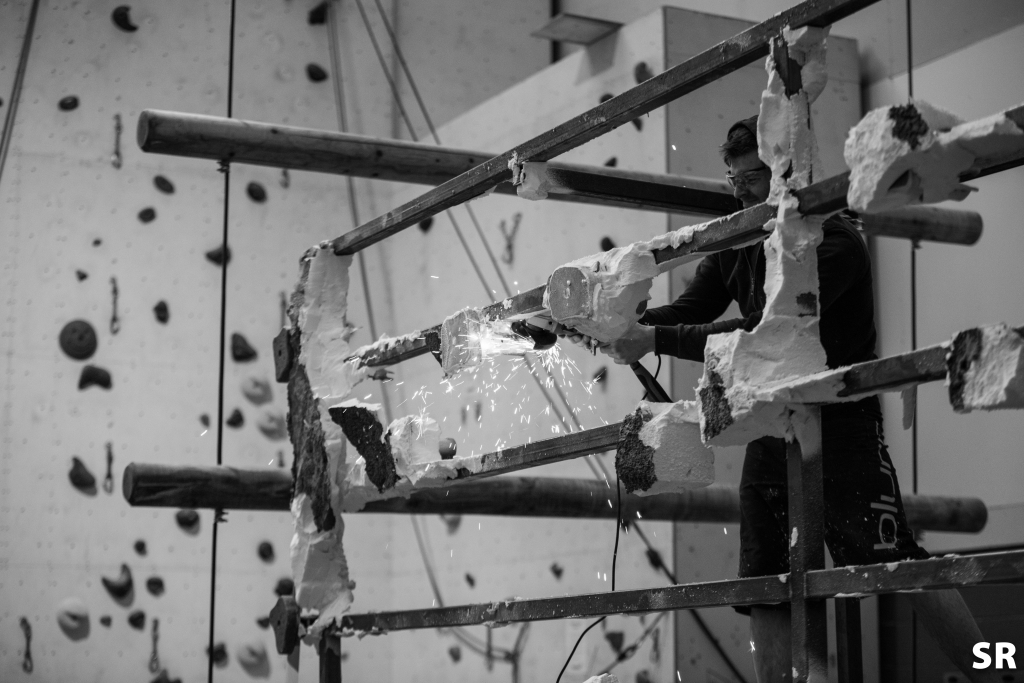 So the morning arrives and sure enough a large steel frame arrives. Another conversation takes place regarding what we are going to build. If I’m honest at this point I may have muttered something about a small boulder with a low angle overhang on one side and a slab on the other. I also remember holding a bit of wood up against the frame to show a gentle overhanging wall that I was picturing. It was at this point the Boss left for a short holiday leaving the centre in our safe hands. HA HA HA

Building a wall for me seems to have two options. The first is to plan the development with accurate drawings and various meetings with engineers to establish ‘working loads’ and the requirements needed to support the structure being built. If I’m honest that is not how I work best, so I choose the second method. This involves a quick sketch normally on some scrap paper (and I’ll only do this if other people are working on the build). Next start building and allow the structure to morph into itself. Obviously this can cause wall owners headaches, with unknown costs plus an unclear picture of what in fact is being built. After a short meeting with the relevant full time members of staff at Boulders a few ideas were discussed. It was quickly decided that it should be different from the bouldering already on offer at the centre. We would make it a top out boulder, allowing climbers to finish on top of the boulder in a way similar to that of bouldering outside. And most importantly it should be inspiring! 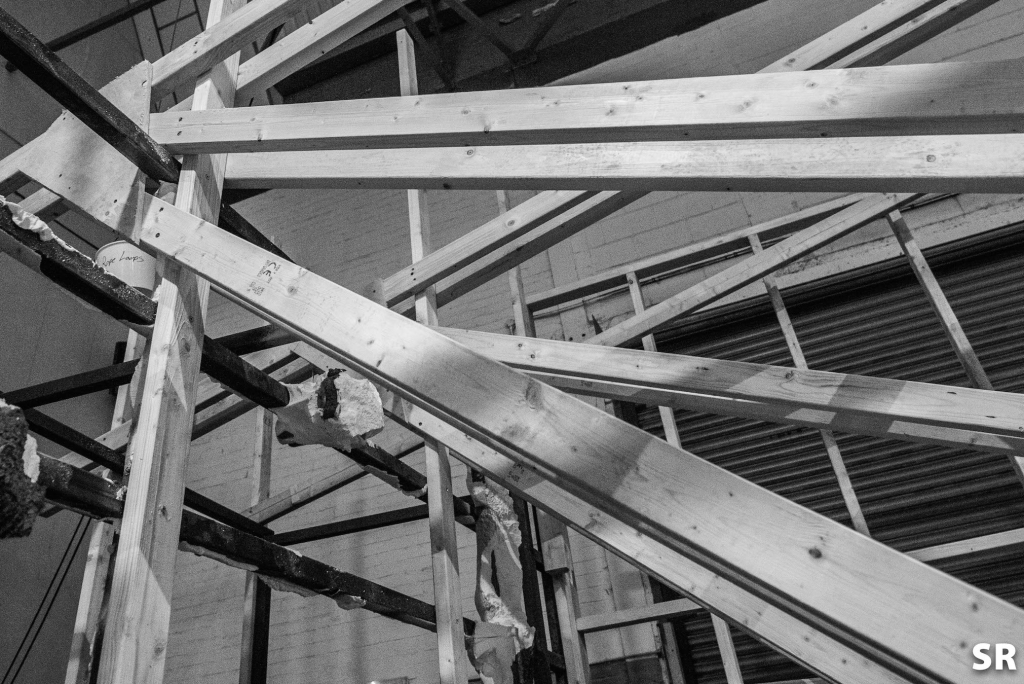 Build it and they will come.

Next I needed to assemble a build team. My first port of call was obvious, Ant (Anthony Williams) is our in house route setter and general work aholic who knows his impact driver from his chop saw so he was a given, and the necessary muscle needed. Now I’m no carpenter, my dad would testify to this, having put up with me on the building site when I was younger. He has watched me cut myself more effectively than most bits of wood I was asked to. That being said, since those early days I have built many climbing walls and would like to think I have improved somewhat. Still, having a carpenter whom can help shape an evolving 3D shape was going to make life a little less stressful and a parent of one of the young climbers I coach fits the bill perfectly, Carl Powell. 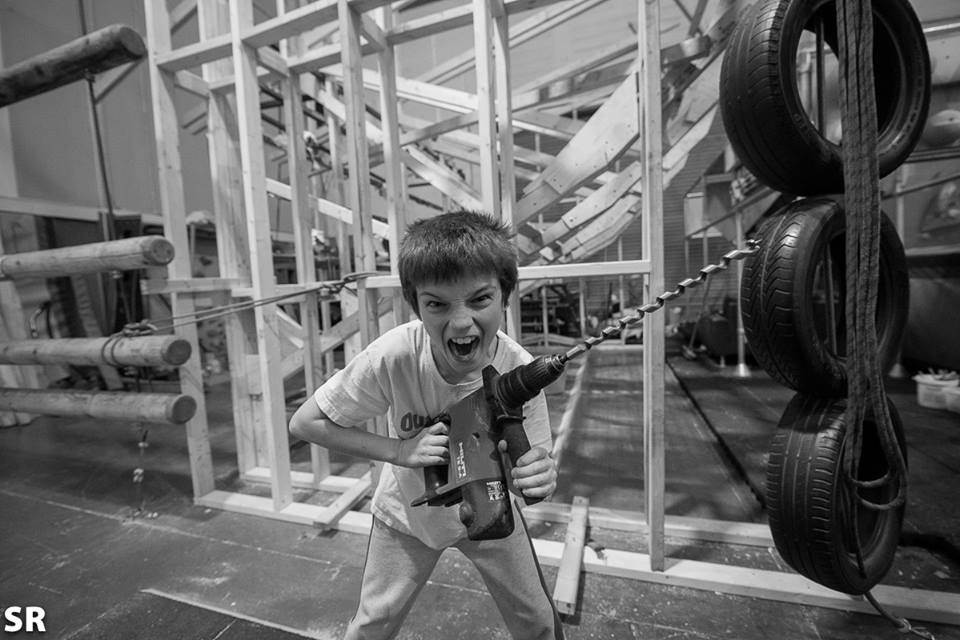 Whilst the cats away, the mice will play

The three of us in place, we started to build. Initially only I had a picture in my head of what I wanted us to create so a few joists were framed up to show what I had in mind. Luckily for me the team seemed happy to give it a go with only a few raised eyebrows from Ant. Within a few hours we had constructed all of the joists to frame the large overhanging barrel that would be the centre piece of the construction. It was exciting and nerve racking as we first bolted the frame (which would be the constructions’ heart that would bear the load initially) to its final position and then almost like roof trusses, one by one we lifted the massive joists into position. At this point it was apparent that the build was going to be considerably bigger than the conversation I had with Boss before he left. 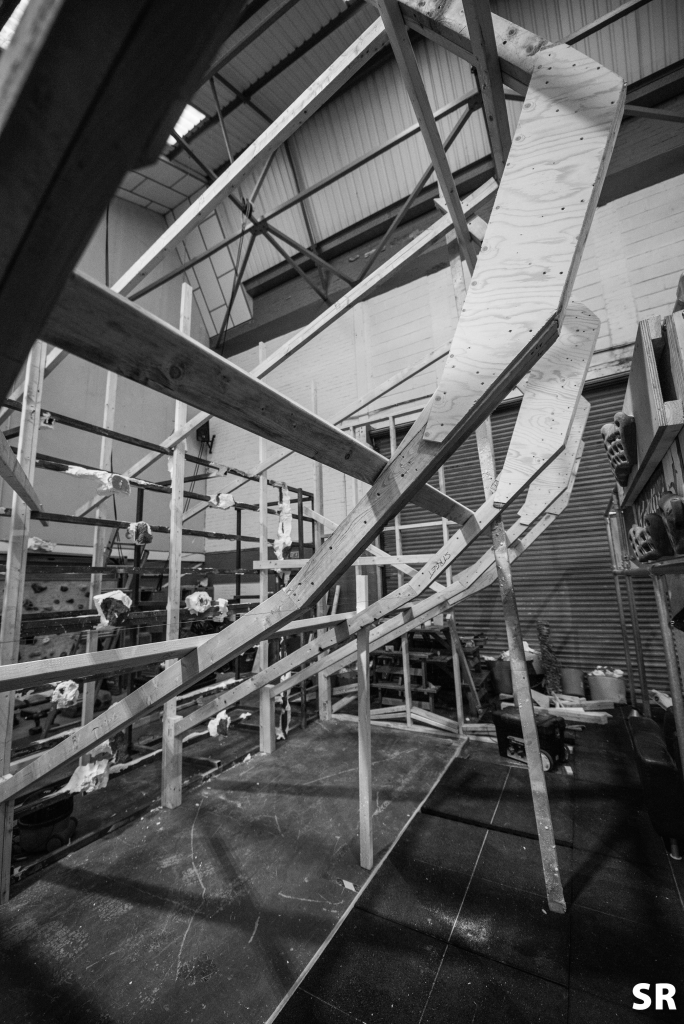 The basic frame in place

In my mind was the fact that building a non significant small boulder would have little impact on the centre. It would not help with additional worthwhile space for my team training sessions. Nor would it help Boulders in developing for the future, something that until recently it has not been in the business of doing. I want this boulder to be the start of Boulders completely renewing itself and doing so in a way that has climbers at its core! The centre is large and has the space to look to the future, with many options to transform a good climbing facility into a one of the top training facilities in the country. 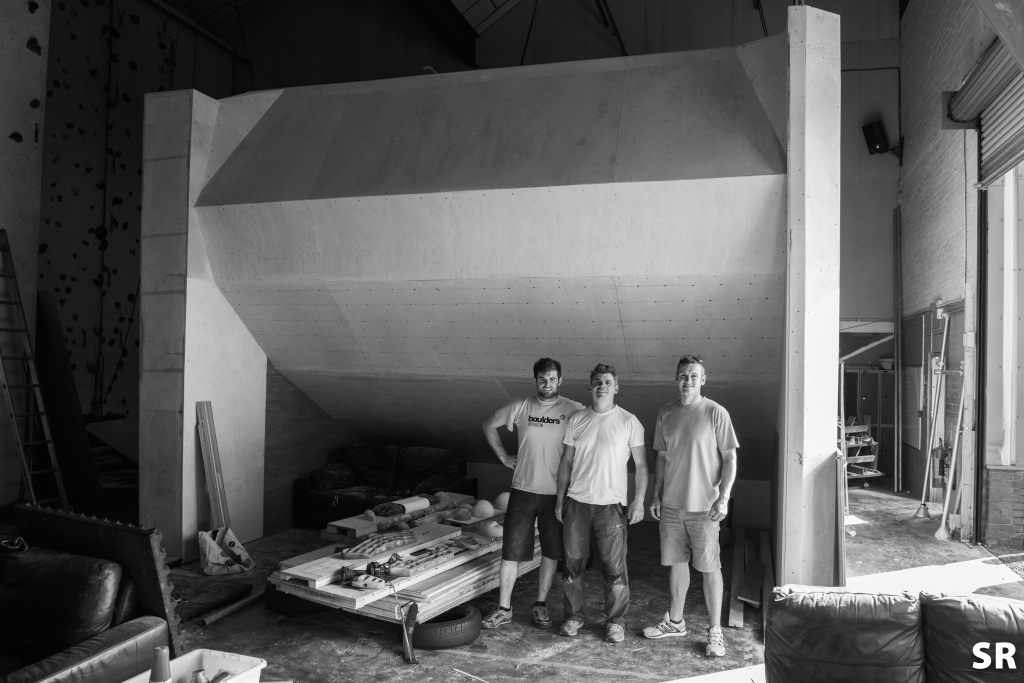 The build team after the successful engineer test.

Hopefully the next post about the arc will be about it’s grand opening in July, once we have finished painting and the crash mats are in place. There is certainly a mass of excitement around the centre about the project and I can say it has has given me a lot of pride to be part of a great team building for the future.

Oh yeah, the Ark reference. Whilst standing on top of the build, many climbers shouted up ‘What are you  building, an Ark?’.