Been a funny few weeks since Austria, as always had absolutely loads on. Lots of coaching days inside and out, plus all the normal Indoor action with the first of Boulders summer comps. 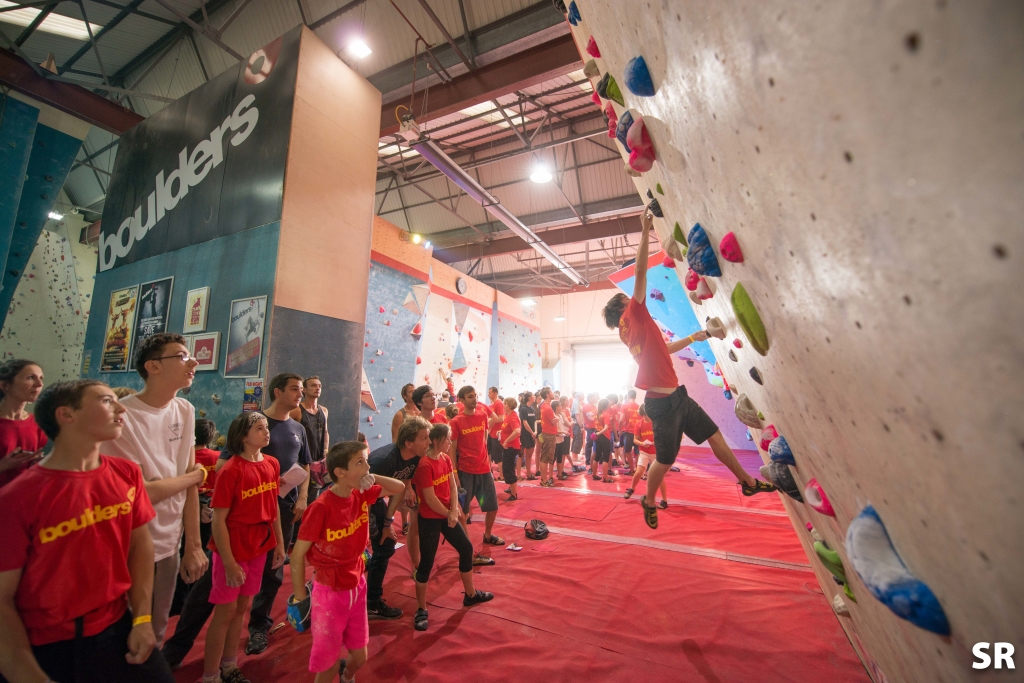 Dave Cale giving it the big one for the crowd.

Last weekend saw the last of the BMC outdoor sessions I have been running to help youngsters get out onto the rock, in doing so helping have their first experience of rock climbing. The sessions have been great with the young climbers getting loads from it, unfortunately this one was going to be a little differnt. 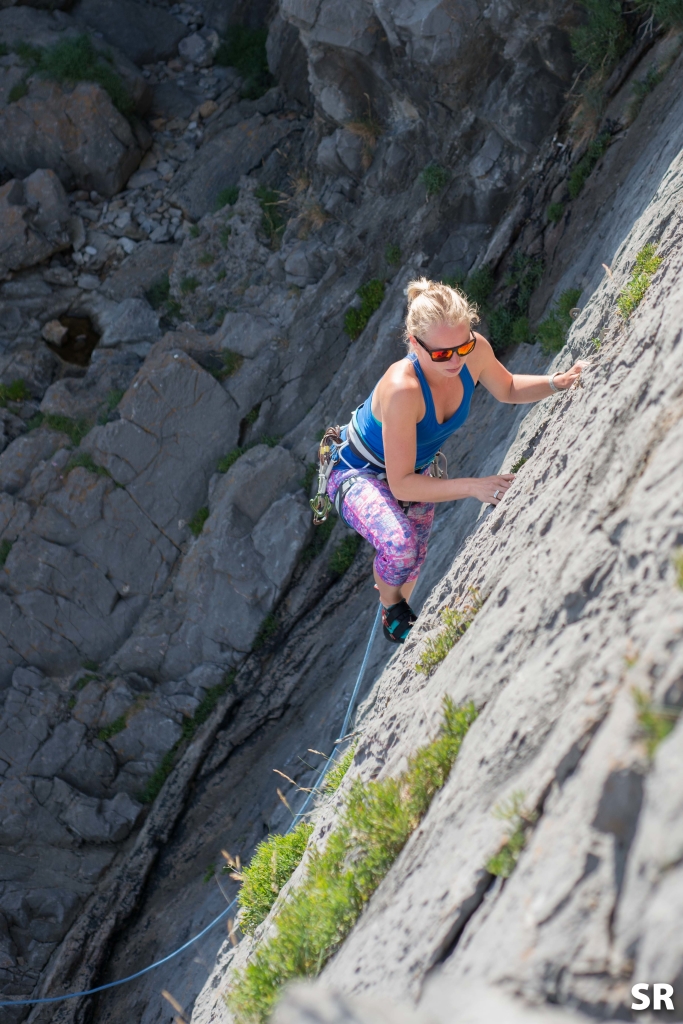 Lucie enjoying the great start to summer at Foxhole Cove

Back at Foxhole we found that we were not alone at the crag and a few other parties had also elected to climb at the crag. So far all quite normal until one unfortunate climber (you soon understand why) went off with some loo roll to relive himself. This is something that all of us have probably had to do at some point but unfortunately for us he elected to go underneath the easiest climbs at the crag. This area is around the corner and hidden from sight and I can guess from what happened next he simply didn’t realise. Once I had finished giving an introduction to the day we went around the corner to start our session on some easy climbs to be confronted by a pile of poop. Fortunately we managed to work around it until the offending climber realised the error of his ways and came back and picked it up, yes with bare hands. 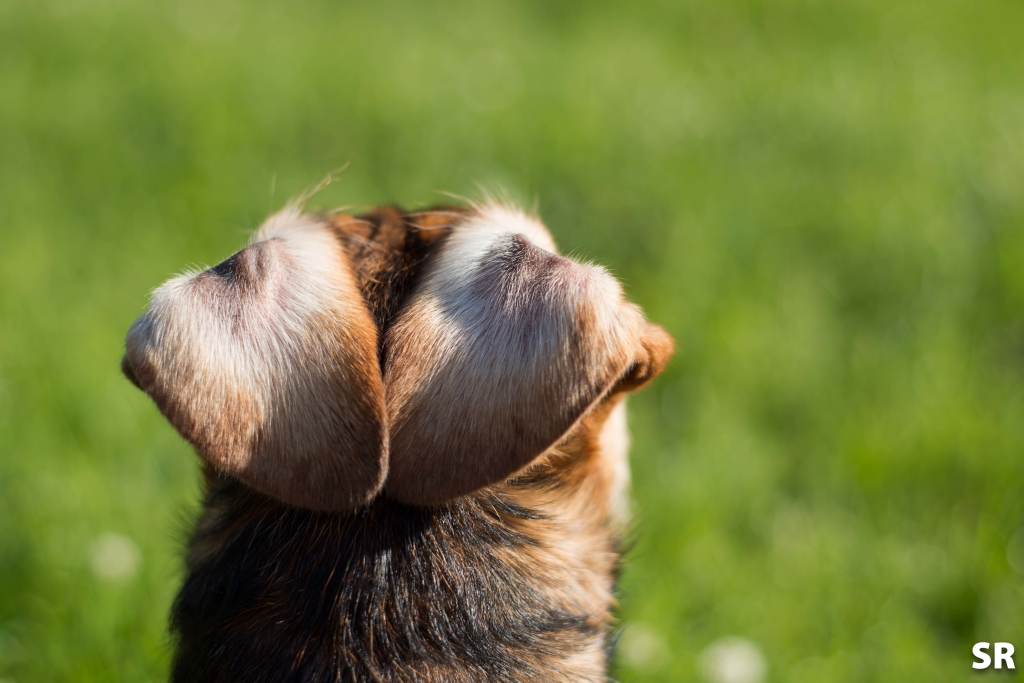 The kids found this very funny and whilst pointing and laughing I started to feel a little sorry for the poo guy. His day was to get worse as upon his return my dog had managed to eat his sandwich’s bring his visit to Gower to an end. Whilst talking about Gower I wrote an article for ukclimbing.com which featured many of my favourite pics from Rhossili over the past few years. The Article has had over 7000 views to date and it was great to get such positive feedback from so many of you. 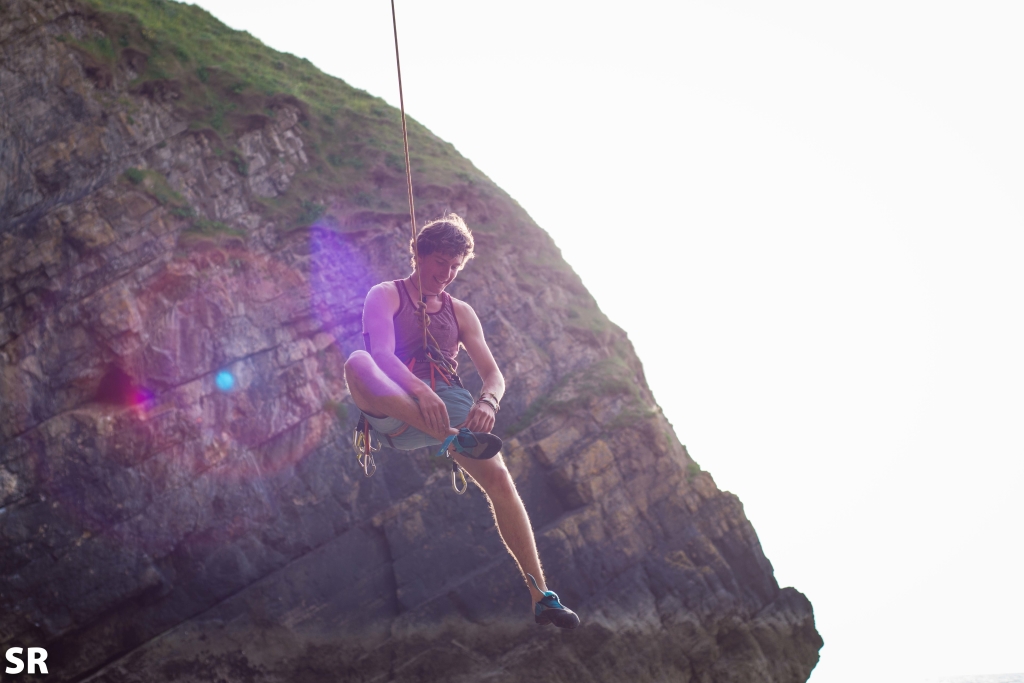 Richard enjoying a great evening at the Cove.

On the photo front I have been playing around with some prime lenses and have been saving up for a new wide angle lens. This will hopefully help me out in low light situations (almost all the climbing shots I take are in low light) as it is F1.4, plus I’m keen to get out and attempt some more star shots. On that front it was possible to see the northern Lights from south Wales a few nights ago, which I’m gutted I missed. But fingers crossed next tim will be ready and poised to test my photography and check out one of the coolest looking phenomenon we can see. 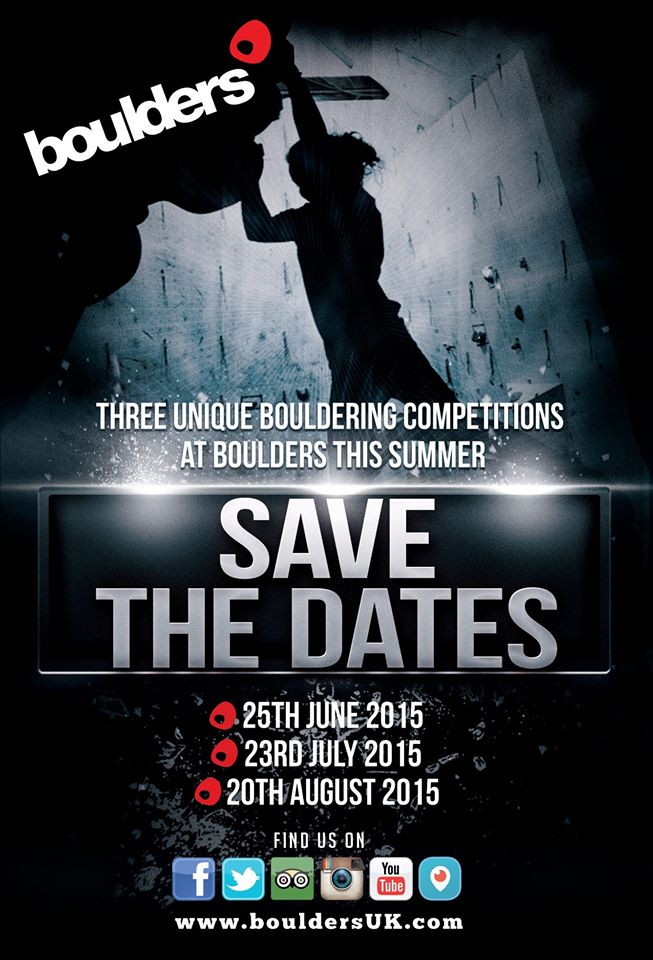 up and coming events at Boulders

The Bouldering comp at Boulders was great success with almost 80 climbers taking part on a glorious evening. The Bull Run was a concept we ran last year and this second attempt was bigger and better although running comps is way more exhausting than most people realise with hours of route setting and forerunning taking place hoping that we pitch the grade about right allowing as many people as possible to climb as much as possible whilst still getting a result. 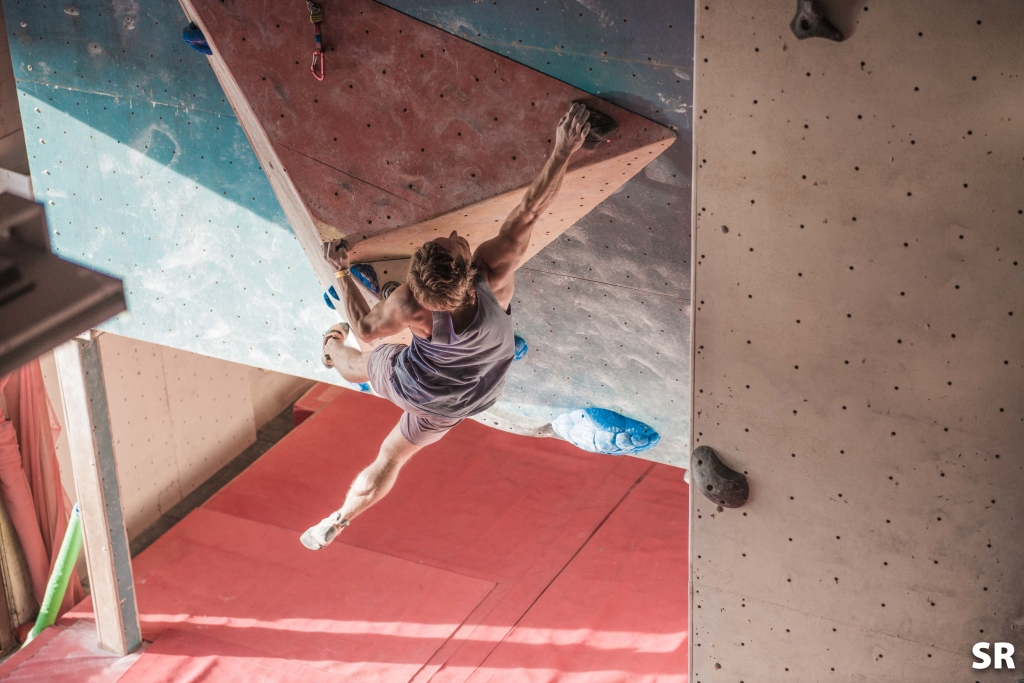 One of 80 climbers enjoying the Bull Run

Any way enough rambling for one day, the surf looks great tomorrow and the evening should be good for shipwreck so I’m off to sort my kit!