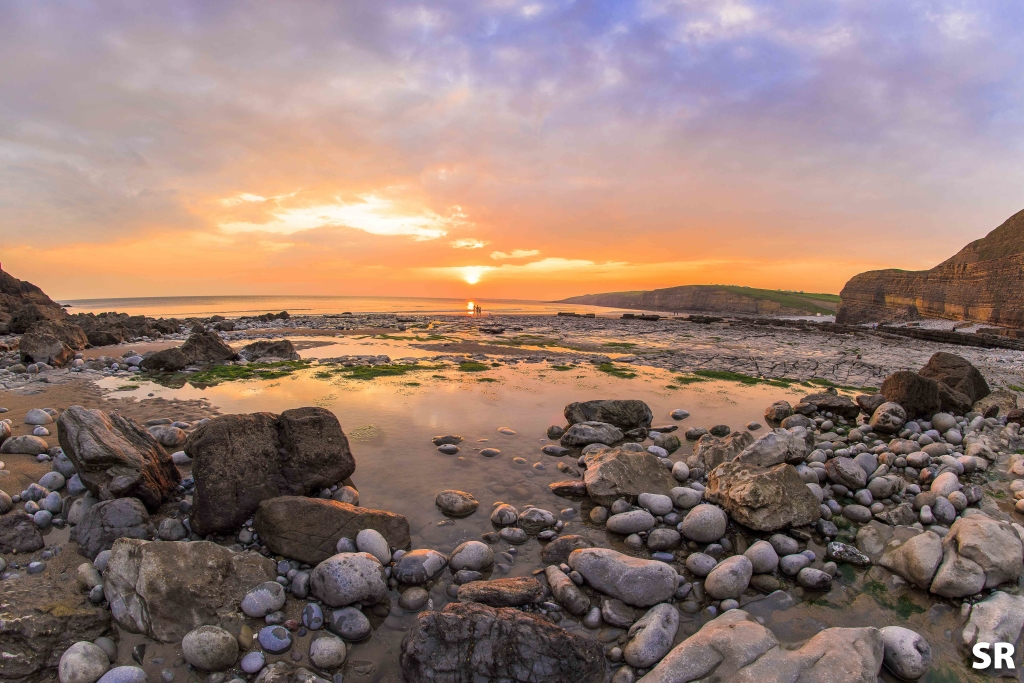 Spring has been glorious in Wales and we have been making the most of it but whilst writing this blog I find myself in Austria. We are here with 4 young climbers who are about to take part in one of Europe’s largest climbing competitions! There has been so much going on since the YCS Final that the 5 or 6 weeks since have flown by, it was only when I look back through some pictures that I realised how much we have all been up to. 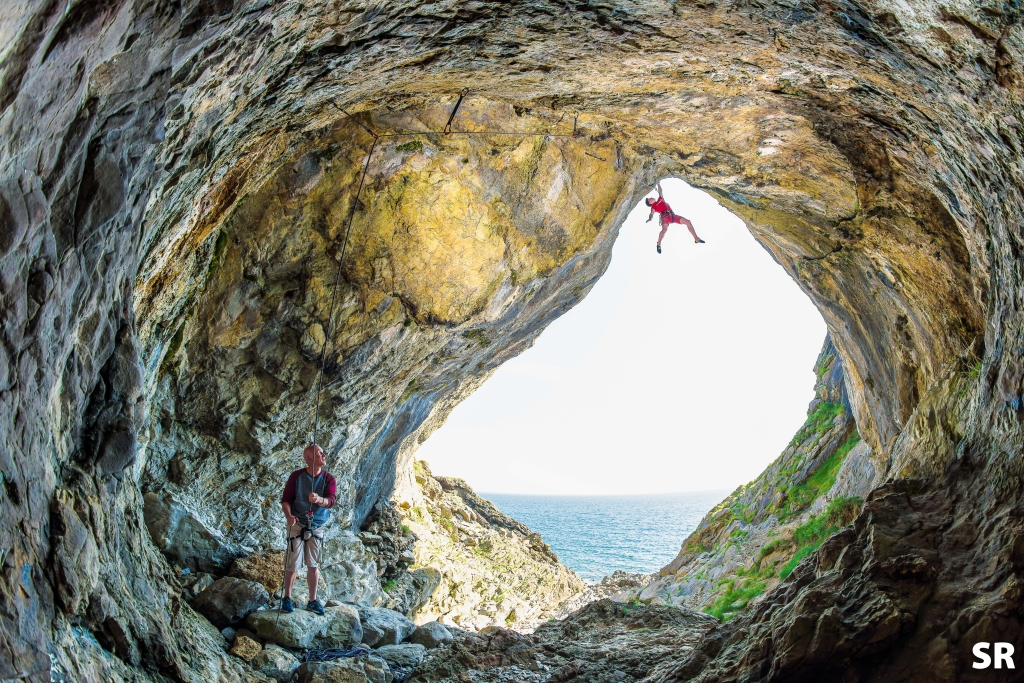 Getting the youngsters outside has been a major priority of my coaching for the last ten years and this year is off to a great start. Already many have had their first taste of rock and the old guard are putting in some serious displays for early season. Cai and Rich both managed a quick ascent of Palace of Swords F8a, a route that used to hold some curse over the local climbing community but suddenly seems to becoming a good first 8a. But it is Ashleigh who has stolen the lime light with a font 8b boulder and a french 8b route. The boulder I don’t care about, its not a stella line on an amazing boulder but it is an impressive piece of climbing. I would say the same about the route, but this one is special to me. Surplomb de Ray was one of my most notable first ascents and represents my hardest piece of climbing to date. It had sat unrepeated and barely tried for some 6 years, but that all changed this weekend when one of my first students came back to his family home for the weekend and showed what font 8b strength can do on a route. Admittedly Ash has played on the route a few times each summer for the past 6 years but he has never invested the time I had to, you could say the student shows his old master who is boss!

edit: I have just noticed he has suggested low 8b+ for Surplomb which has made my evening! 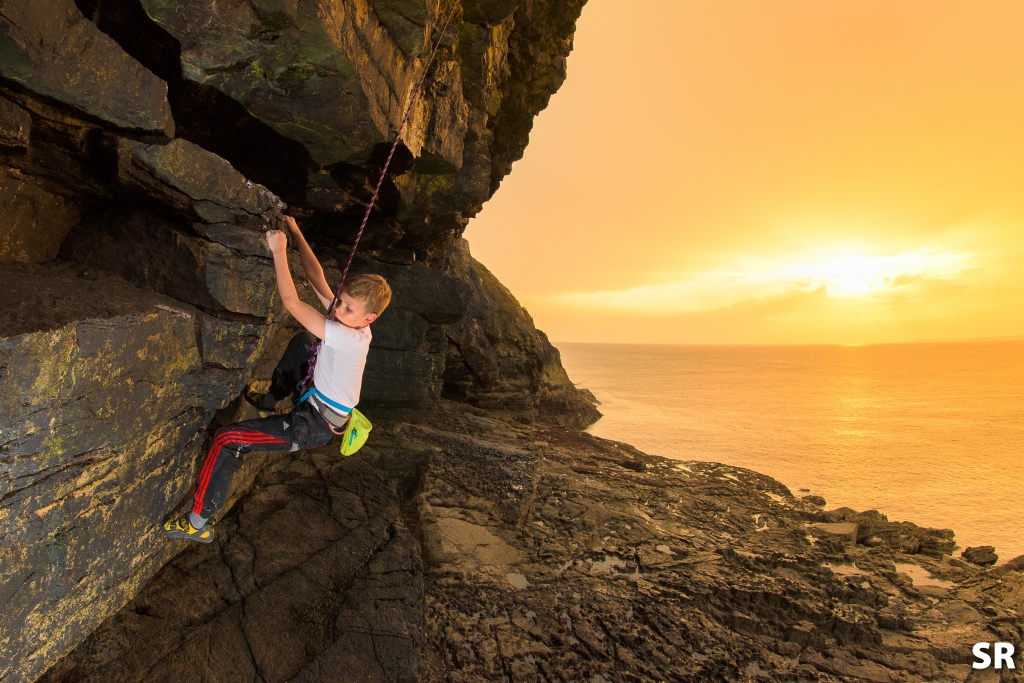 Harry enjoying an early season trip to the beach

Whilst on the nostalgic memory lane trip another coincidence happened this month in that a good friend climbed one of my favorite routes in Pembroke. Ghost Train is an incredible line found in the depths of Stennis Ford and has a mighty reputation. Many years back I took on this challenge and it left it’s mark etched in my memory. After 40ft of tricky but not so difficult climbing you find yourself at a cross roads, a place were you have to make up your mind, up or down. As the route is Traditional (no bolts), climbers are forced to safeguard themselves via metal wedges in cracks but this route offers none from the crossroads at 40ft all the way until you are very close to the point were falling means hitting the floor from a very undesirable height.

Richard had mentioned his desire to attempt this route a few times over the winter so once we found ourselves by the ford on a nice warm spring evening it was Richard’s turn to face the Ghosts! For me it was odd as I had offered to take some pictures, something I do a lot, but then once he started climbing I realised that normally I’m photographing a sport climb where falling is no problem. Here I was watching all the emotion of hard climbing coupled with the risk of serious injury if the climbers’ concentration bubble were to burst.

Richard dealt with the climb in fine style and it was great to re-live the Ghost train once again, although this time through someone else’s efforts. I just hope he likes the pics!

All aboard the Ghost Train

I got more of my tattoo done with Andy at Hidden Jewel Tattoo in Carmarthen. Yes he’s a buddy but I would thoroughly recommend him and his team, they have a great set up and are fantastic at what they do. It has taken a while as we have been waiting for a period of time where I would not be surfing as it will need to stay dry for a bit. So once I noticed the forecast had no surf for the foreseeable future it was time to let Andy work his magic. Once it has healed up i’ll take some cool pics and post them up. 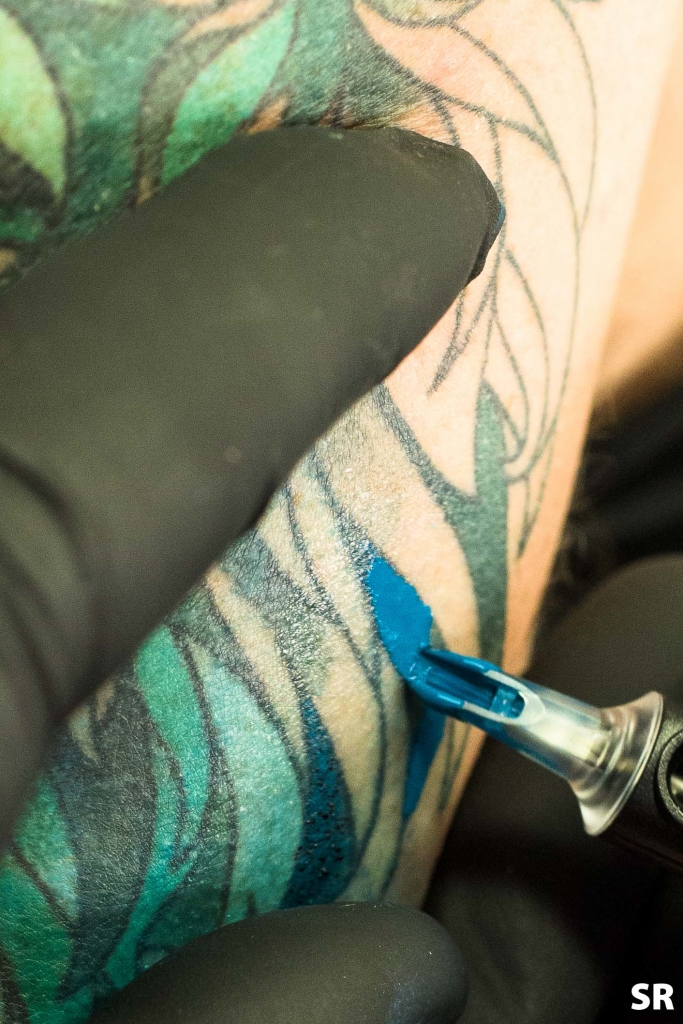 Andy at work (pic was taken by Liz)

My parents have been down again travelling around Pembroke exploring more beaches and towns. The last year has been fantastic as they have been across quite a bit and its always fun showing them were we play and the silliness we get up to. This was possibly their first trip where the weather was fantastic, it seems to have rained each time they have visited in the past.

The only disappointment came on our last day when I was hoping to show Mum the Milky Way. We have some great dark sky and its clearly visible on nights with little moon, unfortunately the clouds decided we should wait for another time. But every cloud has a silver lining, Dad and I started messing around with the camera whilst waiting to see if they would clear the result being this cool shot of Dad being a wizard! 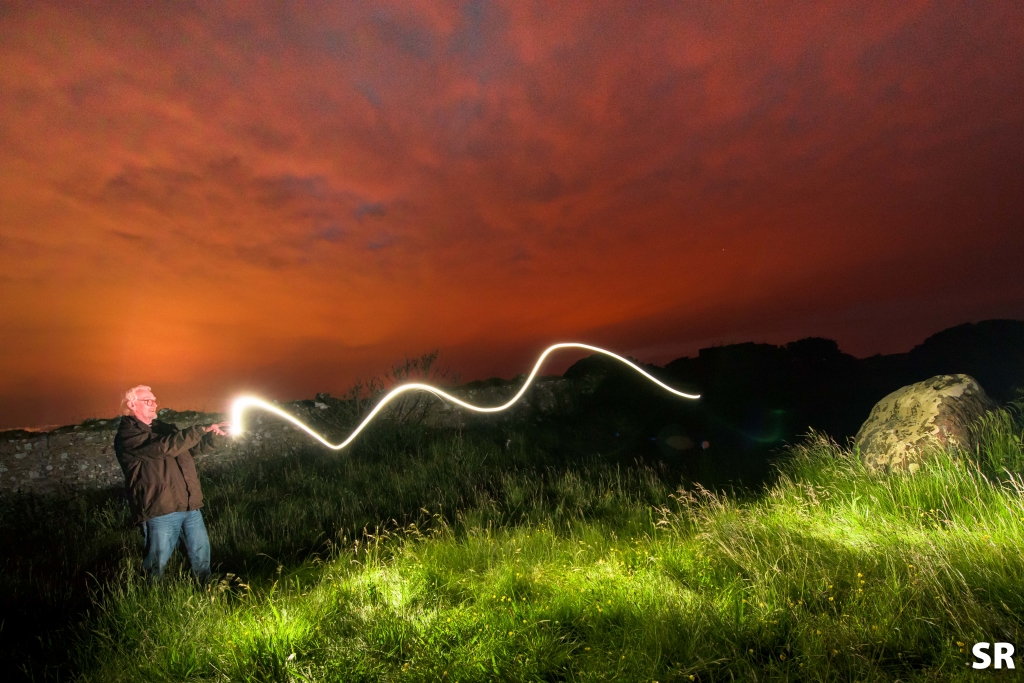